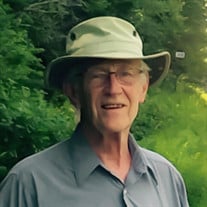 Kevin Leo Chisholm (1940-2022) Kevin Leo Chisholm, 81, of Barrachois, passed away peacefully on March 12, 2022, at the Cape Breton Regional Hospital, with family at his side. Kevin was born in Antigonish on July 16, 1940, to Roderick Leo Chisholm and Irene Anne (O’Hearn) Chisholm. He was the eldest of six children. He grew up in Antigonish and attended St. Francis Xavier University and later the Technical University of Nova Scotia (TUNS). He was proud to be a mechanical engineer; “an engineer,” he said, “to a fault.” In 1966, he married Mary Osyany, whom he respected greatly. He felt deep appreciation for the many kindnesses she expressed and extended to him over the years. They raised six children, who filled Kevin with pride. Kevin worked as an engineer in New Brunswick and Quebec before moving to Cape Breton in 1973 to take a position at Sydney Steel. He eventually left the steel plant to pursue his own engineering interests, ranging from metallurgy to energy systems to aquaculture. He lived in Sydney and later moved to Barrachois. He loved spending time in the woods. He was an active member of the Boisdale community and always looked forward to the fun of putting together the Boisdale community firehall newsletter. He was well-known for his annual barbecue event and salmon-plank contest. Kevin is survived by a large and loving family, including his six children, Daniel (Andrea) of Keswick Ridge, NB; Eric (Jennifer) of Quispamsis, NB ; Suzanne (Michael) of Sidney, BC; Lil of Boston, MA; Victor of Montreal, QC; and Martin (Erin) of Bellevue, WA; seven grandchildren, Kira, Katherine, Alexandra, Heather, Christopher, Violet and Hazel; his former wife, Mary Osyany of Sydney, NS; four siblings, Shaun Chisholm, Estelle Grajczyk, Jim Chisholm and Anne Gosse, along with their families, including numerous nieces and nephews; and several first cousins, including Marie MacDonald and Colleen Cameron. He also leaves behind many friends in the Barrachois/ Boisdale community, as well as his dear friend, Ursula Dufour. He was preceded in death by his parents, Irene and Leo, and his younger sister, Eileen. The family expresses deep gratitude to Dr. Rajbir Pahil and the nurses and staff at the Cape Breton Cancer Centre, as well as Dr. Anne Frances d’Intino and the other doctors, nurses and staff in the Palliative Care program at the Cape Breton Regional Hospital for the extraordinary care given to Kevin. A celebration of life and burial will be planned for a later date. In lieu of flowers, Kevin suggested donations to the Palliative Care unit at the Cape Breton Regional Hospital.

Kevin Leo Chisholm (1940-2022) Kevin Leo Chisholm, 81, of Barrachois, passed away peacefully on March 12, 2022, at the Cape Breton Regional Hospital, with family at his side. Kevin was born in Antigonish on July 16, 1940, to Roderick Leo Chisholm... View Obituary & Service Information

The family of Kevin Leo Chisholm created this Life Tributes page to make it easy to share your memories.

Send flowers to the Chisholm family.