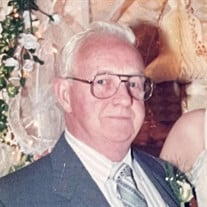 Patrick J. Colbert, 78 With heavy hearts, we, the family, announce the passing of our dear father and grandfather, Mr. Patrick Jerome Colbert of Sydney, Nova Scotia. On January 20th, 2022, Patrick passed away in the Palliative Care Unit, of the Cape Breton Regional Hospital, after being surrounded by his family and loved ones. Born in 1943 in Sydney, Nova Scotia, Patrick was the son of the late Aloysius Joseph and Mary Evelyn Colbert. Patrick was a devoted and active parent and grandparent and loved spending time with his family. Patrick was the ultimate outdoorsman, and he enjoyed spending his time fishing, hunting, and boating. Patrick's favorite memories are the good times with his family and friends on the Mira River, playing cards, having family BBQs and bonfires. Patrick retired from Lear Canada Corporation in Ajax, Ontario in the early 2000s and moved back to Cape Breton to spend his golden years with his family and friends in Grand Mira South. He is survived by his daughter, Donna, and his sons, Ian (Heather) and Todd; grandchildren, Evan, Amanda (Mitchell), Bryson (Morissa), Jillian, Gage, Cole, and Noah; sisters, Mary Matheson (Joseph), Cecelia Kuhn (Arthur), Anne Ripley (Donald), Clare Morrison (Edward); brothers, Tom (JoAnn), Percy (Sharon); many nieces, nephews, cousins and friends; good friends Hector and Donnie Langley; and late friends Miles (Betty) MacIntosh. Patrick will forever be remembered for the beautiful memories throughout his seventy-eight years. From raising three beautiful children in Mira to spending his summers with his older grandchildren on the same family property, he also adored his four younger grandchildren and their unique talents and smarts. In his last decade, Partick loved to reminisce about his favorite stories, including Duchess (his children's childhood pizza-loving dog), his grandchildren's core memories and successes, and watching his children and grandchildren thrive together as a family. Patrick spent some time in the 2010s living in Fort McMurray, Alberta, to be closer to his family and to watch his children and grandchildren grow. In lieu of flowers, donations may be made in Patrick Colbert's honor to the Canadian Lung Association or a charity of your choice. Following Patrick's wishes, there will be no service. Online condolences can be made to Sydney Crematorium https://www.sydneycremation.ca. A cooking tip from Pat, “always add at least two swirls of Sriracha when making pasta sauce."

Patrick J. Colbert, 78 With heavy hearts, we, the family, announce the passing of our dear father and grandfather, Mr. Patrick Jerome Colbert of Sydney, Nova Scotia. On January 20th, 2022, Patrick passed away in the Palliative Care Unit, of... View Obituary & Service Information

The family of Patrick Jerome Colbert created this Life Tributes page to make it easy to share your memories.

Patrick J. Colbert, 78
With heavy hearts, we, the family, announce...

Send flowers to the Colbert family.